Wing flight planning and after action reports. Planning for other community flights too.
Post Reply
4 posts • Page 1 of 1

In an effort to understand the CTD problem we have had in my DD campaign(Which was started in 4.36.0), I have started a fresh Iron Fortress Campaign in U1. Our First flight is this Friday 8/26. The more than can make it the better test it will be.

Briefing:
The DPRK forces currently own 75% of the Korean Peninsula and are trying to push even further south. It is up to the NATO forces to stall these efforts to begin the campaign and then ultimately push them all the way back north. HQ has tasked the 222nd with striking the first blow by taking down Seoul Airbase(home to 18 MIG-29's) 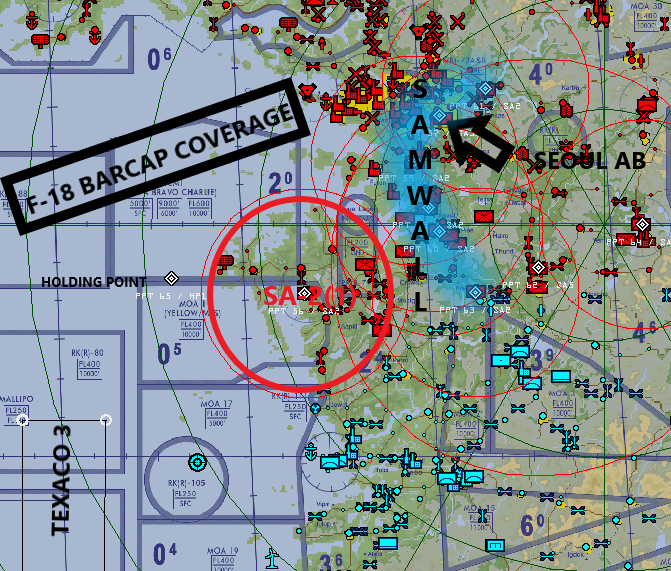 Threats:
MIG-29's, MIG-23's,MIG-21'S, Marked up SAMs as well as possible SA-15's and a lot of AAA in the Seoul area . Escort and SEAD flights have been tasked to handle these threats as well as some Australian F-18 BARCAPS north of the push point.

Before the OCA strike flight package can make there way in to the target area, the SEAD flight will be tasked with taking the SA-2 at PPT 56 and as many SAM FCR radar as well as EW radars.

OOB:
-222nd operating out of Gunsan

SPINS
INI file to be provided at briefing time

If we get off to a great start I may keep running it during the week.

If we get same issues in this flight we will test the DD campaign in U2.
If no issues occur I will make changes to the campaign and test again in U1.
Top
Post Reply
4 posts • Page 1 of 1